A look at the African Union led Great Green Wall project which is aiming to build the next wonder of the world, one patch of green at a time.

When you think of the Sahara, a barren landscape probably comes to mind. But the worlds largest desert which covers over 3.5 million square miles, stretching from sea to sea across the broadest part of the continent of Africa, is actually teeming with life. For more than thirty years, the groundwork has been laid for an ambitious ecological project; to build the Great Green Wall. This 8000km natural barrier to the encroaching desert is a pan-African collaboration of nations and NGOs all working to create the worlds next wonder. And what a sight it is. The Great Green Wall, which was conceptualised in the 1970s, and whose game-changing initiative was launched in 2007 by the African Union, is now fully under construction. 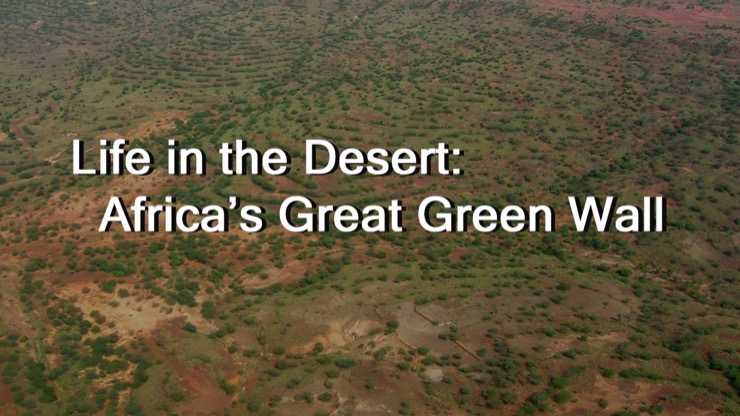 This process is not as easy as one might think. Where there have been great successes, there have also been harsh failures. Until recently 80% of all trees planted since 1980 have not survived. Building a living barrier is more complicated than just planting trees, each country, region and even town does it a little differently. And the result is stunning; a mosaic of green, some new-growth forest, some regenerative farmland, some brush, all working to hold back the Sahara.

This massive project could not have come at a better time. With the onset of climate change, the Sahel is experiencing increased rainfall, which will help boost the restoration efforts, but there is also a rise in the population of the area. In the area stretching from the Atlantic to the Indian Ocean, known as the Sahel meaning coast, the population is looking to more than double by 2050. The area has already been a rapid population growth from 30 million to 135 million since 1950. Which comes with its own set of problems as more people require more food and fertile, productive land is needed to provide for them. 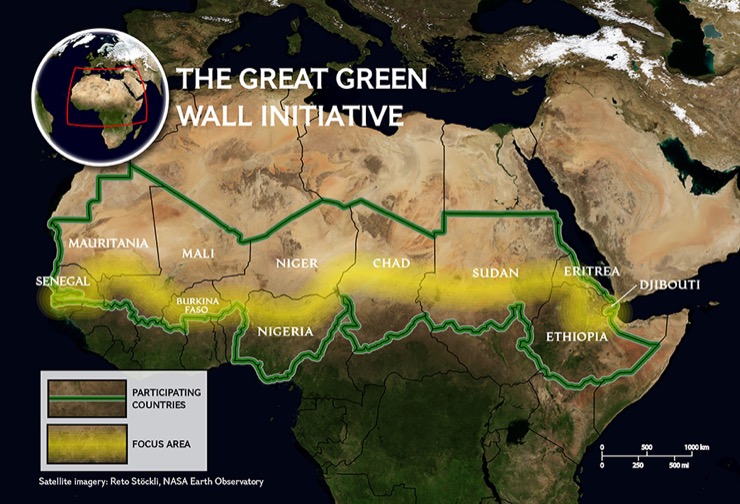 Eleven countries are involved in this ambitious project. Source:National Geographic

One area where the land has undergone a meaningful change, and trees have successfully survived, is in Niger. Here, French agricultural land practices, inherited from years of colonial rule, are being shaken off in favour of traditional methods. One of the key vestiges of French rule, which has left a lasting impact, is that of discouraging trees. By making all trees “property of the government” in countries such as Niger, having trees on your land becomes more of a burden than a bonus. If trees were present, they were kept clear of agricultural space, and if cut down, the owner was often threatened with jail time. A change in practice came about in the 1980s with increased demand for the land usage forced farmers to begin to regrow trees on their land for food and fuel. From there, a change in the law meant they were able to reap the benefits of trees without the added cost or pressure there was before. Trees are vital for providing shade for both livestock and small plants; they help to retain moisture in the soil and even reduce the loss of topsoil. The reintroduction of trees was so effective that Niger's Zinder Valley had 50 times more trees than it did in 1975, according to satellite images dating as far back as 1950.

The success of this regrowth of trees was due in part to supporting trees that sprouted on their own, shared practices of identifying living stumps in the field and pruning them back into life and one particularly special tree. This tree, Faidherbia albida, whose value had long been recognised by farmers of the region but whose use was discouraged, is beneficial for agriculture. The large thorn tree is unusual as it becomes dormant during the wet season, defoliating with the onset of rain, dropping leaves that fertilise the soil. The lack of leaves means the trees do not shade crops during the growing season. The adoption of these trees back into agriculture practice is also having a positive impact on women within the region. Where once they would have to spend hours gathering firewood its abundance due to the successful forestry practices saves time and work. Not only that but the leaves and fruit provide easily accessible food for both people and livestock. 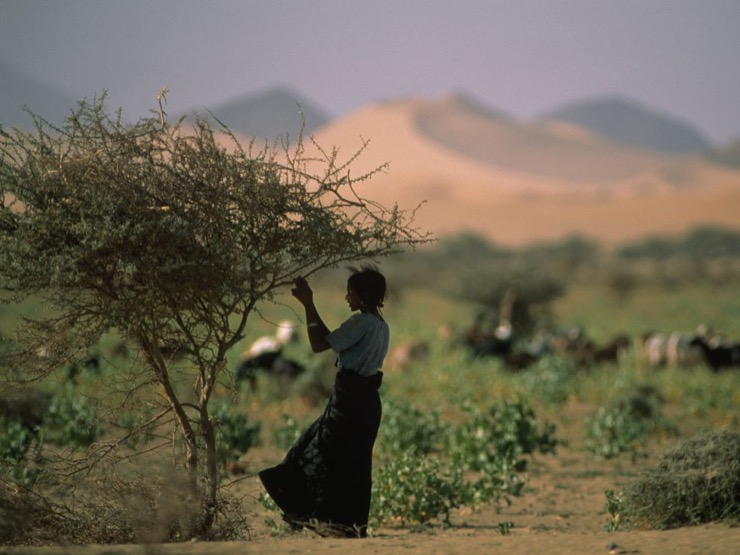 The project had added benifts for the the lives of women and girls. Source: National Geographic

What's most interesting about re-greening of the Sahel is that its success is due more to the adoption of traditional and sustainable practices rather than just the increased rainfall that has occurred in the past few years. This can be seen by the stark contrast between Niger and Nigeria, on its southern border, which receives more rainfall and has less greenery. Comparisons like this offer some hope that there is a roadmap to more lush and productive land. Other practices such as the use of Zai, in which deep stone-lined pits are dug underneath fields, capturing rainfall and retaining soil moisture, have had great success in Burkina Faso. Adapting trees and shubs to the areas where they will be planted is also a key factor in this success. By growing indigenous plants neer to their transplantaion sites they can aclimatise to the conditions and have a greater chance of survival. 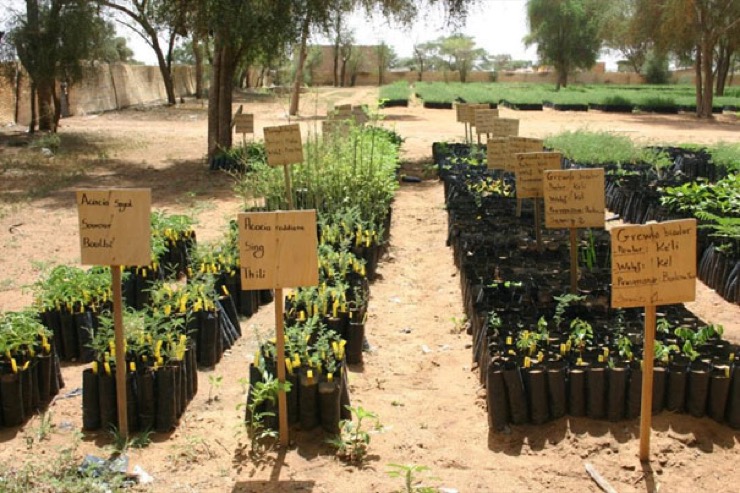 Indigenous trees growing near where they will be transplanted. Source: J-L Peiry

There has also been international help for this project coming from an unlikely place—the Great Green Wall project partnered with Ecosia. A sustainable search engine, Ecosia uses renewable energy to power its servers and plants a tree per search. After successful restoration efforts in Burkina Faso in 2014, the partnership was expanded to Ethiopia in 2017. Through the planting of mixed indigenous trees and shrubs, Ecosia claims to have planted nearly 15,000 hectares of restorative trees. Switching to this search engine is one way to support the ambitious Great Green Wall Project. Other services such as tree.app, where a tree is planted on your behalf each day for answering three quick questions, is another way in which reforestation projects can be easily supported. Projects such as treeaid also allow people to purchase trees either as gifts or to offest their emissions. The abundance of tree planting choices, and ways to support this project, is wonderful to see. Closer to home, at CCell, we have partnered with Gone West to plant trees in the UK to offset our yearly emissions. Wherever you look, there are new and innovative ways to restore greenery, and the Great Green Wall will be one of the most brilliant. The coming years will be an exciting time for this project, and we hope to bring updates on it as it progresses.