With an ailing coal industry Poland is turning to renewable energy. Recent renewable developments - from wind farms to electric buses growing in popularity, and could also boost the country's economy. However, there are warnings this may be quite enough to tackle environmental damage.

Crisp and breezy, the Baltic Sea has a uniquely refreshing air. Curving from northeast Germany towards Russia and Scandinavia, it has swept up cultures and history for centuries – although it is the youngest sea on the planet.

From coast to coast, it's an invigorating place, full of enchanting beach towns, sunsets to-die-for and sometimes unpredictable weather . Here the waters ebb and flow, swelling like jagged pieces of green glass, before collapsing and folding back into themselves, and eventually making their way towards land, tumbling down onto almost tropical white-gold beaches. Now, amid the strong winds, scenic views and low waves of the northern shores of Poland, the Słupsk bank area of the Baltic, is forging its own history. This is the proposed site of Poland's first offshore wind turbines – which could prove a lucrative development. 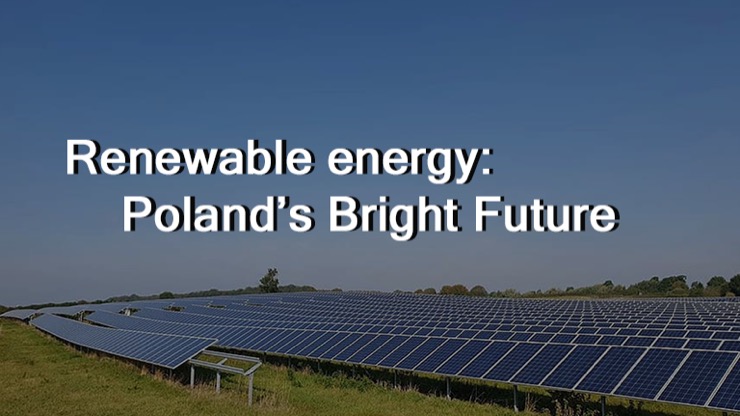 Solar pannels and windfarms are key parts of Polands plan for a Greener future.

And this it is just one of several renewable energy projects in the pipeline for a country which has acquired a reputation for being the ‘dirty man of Europe'.

Poland is now turning to renewables with astonishing speed. Despite a longstanding reluctance to move away from coal, the International Energy Agency estimates the country's power capacity will increase by 65% from 2019 to 2024, with onshore and offshore wind progress, as well as solar growth.

Marek Roszak, DNV GL's head of energy in Poland and Central Eastern Europe, thinks that many renewable energy avenues are being considered in the country, which along with new legislation supports further renewable developments.

“This is again additional proof that the country does not only need to go into renewables, but that there is a will,” he says.

Within Europe Poland is infamous for its lacklustre response to climate change, and sluggish uptake of more sustainable solutions. The country is a coal addict: the material supplies 80% of its power – the highest in the EU – whilst recent reports from the World Health Organisation revealed that the country has 36 of Europe's 50 most-polluted towns.

Progress away from this reputation has been slow, due to a powerful mining lobby and long-established attitudes. Last year, the country refused to sign up to the EU's 2050 climate neutrality target, the only EU member state to reject the commitment. And, even in the last week, climate think-tank Ember reported that Poland had overtaken Germany as the EU's biggest generator of electricity from coal. 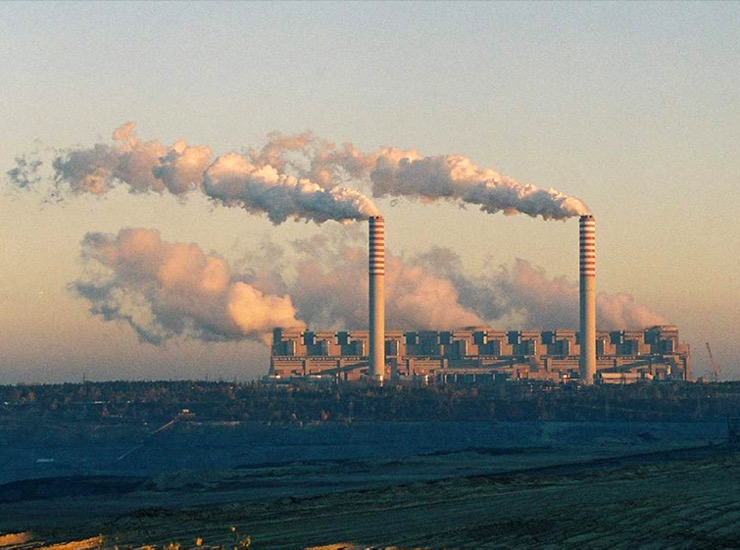 Bełchatów power station, the largets in europ, will soon be closed due to reduced demand and higher overheads.

However, the dominance of coal has taken a serious hit in recent years. As well as ongoing economic struggles, Polish coal has been facing pressures from other countries turning to greener alternatives, with EU climate regulations forcing costly modifications to plants. Recently, it was announced that parts of Bełchatów, the largest coal power plant in Europe, would be shut down, with rising expenses and reduced demand blamed for the closure. Polish state energy group PGE, which runs the plant, also revealed they were working on a ‘coal phase-out plan' to keep up with modern changes in energy production, although there were warnings that – for profitability's sake – Poland could not rush this process.

In the meantime, however, renewable energy in Poland is getting stronger by the day, across various sectors. Poland almost quadrupled its solar capacities in one year, becoming the fifth-largest producer in Europe; onshore wind regulations regarding the distances between turbines and residential buildings could be soon amended, freeing up future developments; the construction of Poland's first nuclear plant is scheduled to begin in 2026.

“We believe that the current market – the renewable market in Poland – is again booming,” says Roszak. He thinks that, with growing interest in renewables, Poland is now moving to meet its climate obligations, including those in the 2015 global Paris Agreement. Speaking to Bloomberg, other energy experts have also reporting a busy Polish renewables market; Roszak thinks that offshore energy in particular is “very active.” Future offshore projects, such as the one planned for Słupsk bank could also link up with other European windfarms across the Baltic, and create valuable opportunities for Poland. 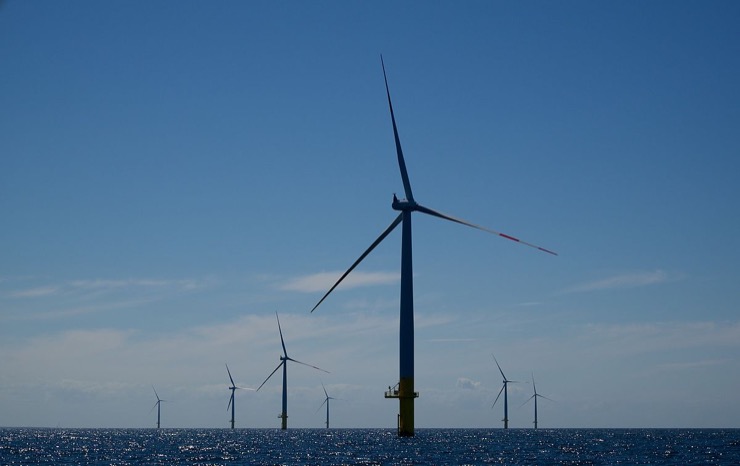 But he also acknowledges that Poland's turn to renewable energy still requires more work. Despite more climate awareness in Poland, the country's continued reliance on coal means “the transformation will not be as easy as in other countries.”

This is a belief shared by Katarzyna Guzek, Greenpeace Polska spokeswoman, who says that Poland is not yet fully on track with renewables.

“Of course it's not!” she laughs.“We are obliged by EU law to produce 15% of renewable energy by the end of this year. We might achieve that – however, it's not ambitious enough.”

Poland is only just beginning its renewable energy journey, and despite some positive steps, there's still a long way to go. There have been attempts to embrace environmental initiatives: after the current government was re-elected last year, a cabinet shake-up created a new Climate Ministry. In addition to this, some renewable energy sources, like small-scale solar developments, have been supported by government subsidies, with reports of over 100,000 applications so far. But some worry that legislative hold ups, and issues caused by existing laws, are preventing further progress.

“If the ruling party is willing to push some regulations through the parliament,” says Guzek, “they can do it really fast.” She sees attitudes changing in Poland with regard to sustainability – including the phase-out of coal – which could lead to further renewable developments in the future. But the country is still being held back – and she believes the only thing in the way is political determination, to truly embark upon a renewable revolution.

“Political will is needed now in Poland – and a better understanding of what it means for Poland to be part of the EU,” she says. 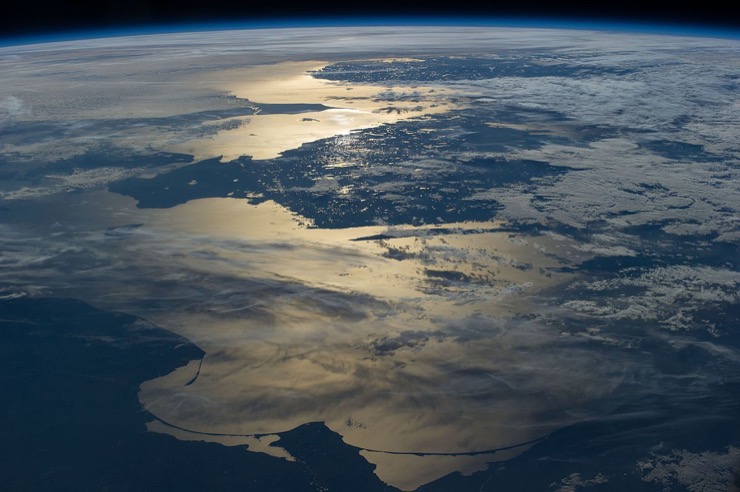 The Baltic coastline from the ISS, where windfarms provide renewable energy for many countries.

Renewable energy is not the only ecological step Poland is taking: initiatives promoting e-mobility have also seen increasing popularity, with long-awaited subsidies planned to be launched this year, as Poland also becomes a leading European manufacturer of electric buses.

Another positive step has come in the form of a smaller-scale initiatives launched by businesses. Upcycling platform Deko Eko has worked with hundreds of designers to create new products from waste from companies, with an ambition to create the world's first global marketplace for upcycling; whilst bio packaging material SCOBY Packaging from MakeGrowLab, made from waste agricultural products, has so far received international interest.

The country is beginning to move forward and refresh its stale, outmoded image as the polluting centre of Europe.

Just as among those fickle, iridescent waves of the Baltic, change is always on the horizon.

“We need to believe that the world will be greener,” implores Roszak.

“We need to leave something for the kids.”